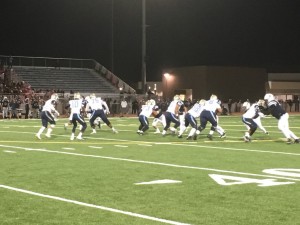 Valley Varsity Football won it’s second victory of the season, defeating Northwood 35-21 at Portola High School Friday night.  Chris Hernandez led the offense with 185 yards rushing and two touchdowns.  Malcolm Wesley tallied 103 yards in receptions and one touchdown.  Sherman Thomas passed for 117 yards, rushed for 82 yards and scored a touchdown on a quarterback keep. Jerry Barreras found himself open in the end zone and caught his first career touchdown to round out the offense.  Not to be out done, the defense stepped up a forced two fumbles which the Falcons recovered.  In addition, Kenneth Brito, Isaiah Ybarra and Jorge Uriostegui each made interceptions to keep the ball out of the hands of the T-wolves and afford the Falcons additional scoring opportunities.  Check out the OC Register article at http://www.ocvarsity.com/articles/northwood-84757-santa-first.html

No Events This Week

Events are added by athletic staff.
View All Events